Yes, I would like to have, but Blogger acting up to it so I can't get into my blogs. Fucking shit!!

Anyway, I came in to the end, but it took half an hour!! Sharpen your Blogger!!

I'm still sick, of course. What else?? And in a bad mood because of that I have written about. It is certainly a boring day for me.

This was not what I would write about, but I don't have more right now. I'll see if my normal strength comes again.

I hope your day is better than mine.

Sick, sick, sick again. It is my life.

Not only did my fucking pain, so there will be a flu with fever, cough and sore throat. And nose it just flows. More fun can I have ... 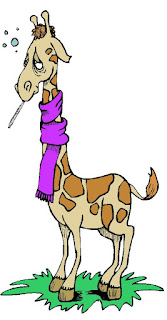 I hope you avoid this flu for it does no one happy.

Now it's time for me to go and put me in my comfy bed and says: 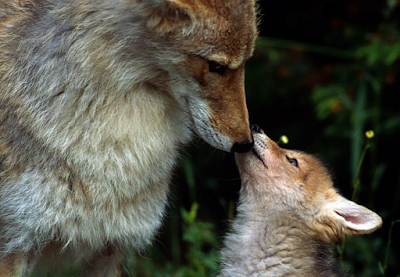 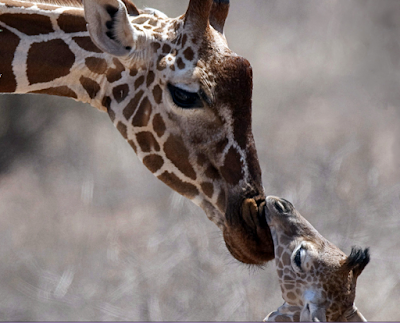 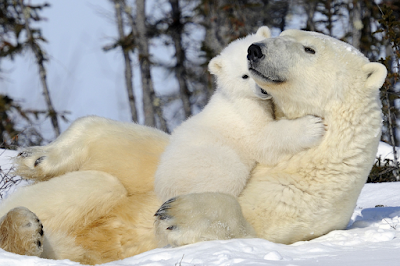 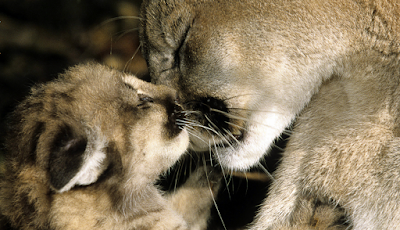 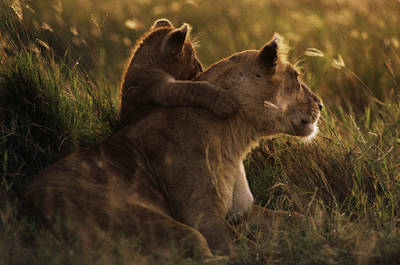 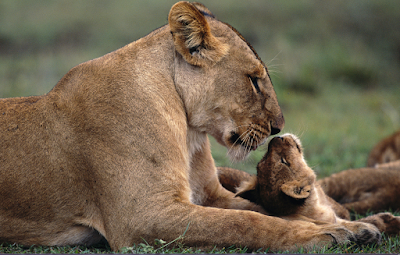 But this gorilla is not cute ... 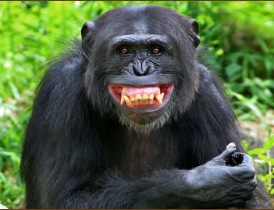 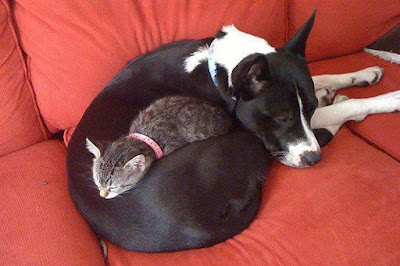 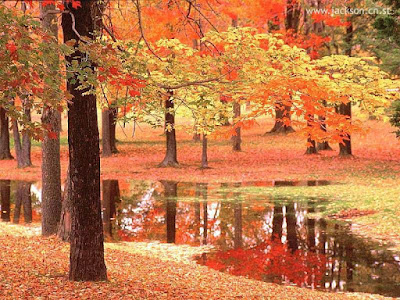 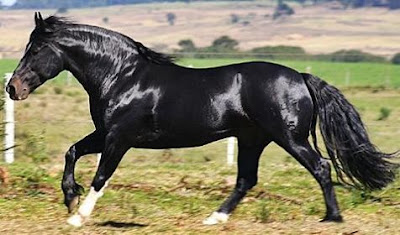 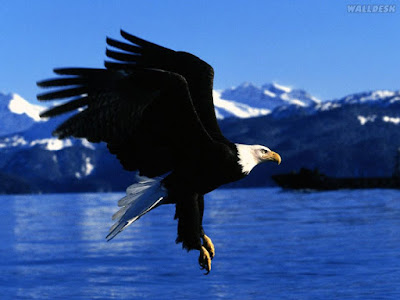 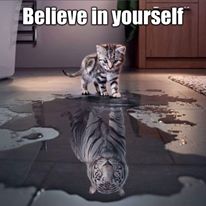 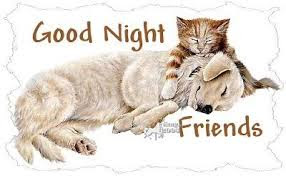 
The Man can very much. Great and Nice Eddie!!

Register by click below on the picture! Best Traffic program!!

But it is clear that someone needs to click on the ads. I think it is wrong that you are allowed to buy traffic. While others will click your ads.

Then it is more fair to upgrade yourself and help to click traffic.

Well, it was just some thoughts I had ...

Have a great day! 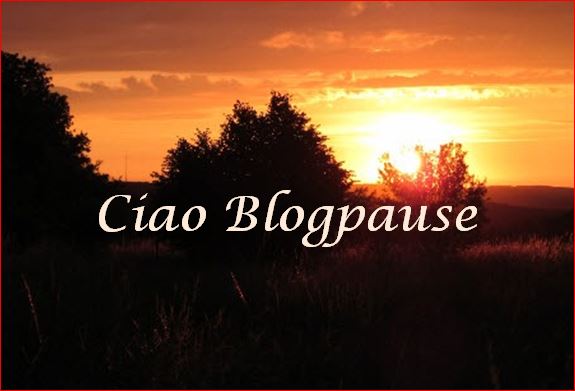 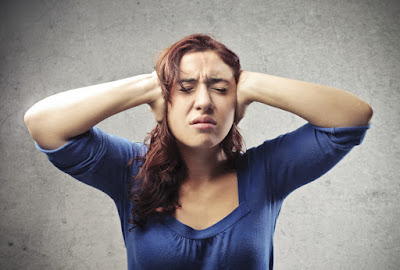 As an outspoken critic of feminism, I have quite a bit of experience interacting, both online and IRL, with feminists, who tend not to take even the mildest criticism of their ideology kindly. The recent events at the Calgary Expo, where an anodyne critique of feminism as “too eager to embrace victimhood” resulted in a female comic-book creator and her colleagues being banned for life from all expos across Canada run by those particular organizers, offers proof that feminists cannot tolerate the slightest critique of their ideology. But, as Tyrion Lannister observed, “when you tear out a man’s tongue, you are not proving him a liar; you’re only telling the world that you fear what he might say.”

Here are seven critiques in particular feminists hate hearing and fight to silence:

1. Feminists say one thing and do another

Feminists absolutely hate when you point to evidence of feminists actively, enthusiastically opposing equality. NOW opposes shared parenting? Lol! Feminists believe in equality! Hilary says women are the primary victims of war, all while women are still protected from the draft? Giggles. Feminism is about equality! It’s okay to cut the genitals of babies, as long as the babies are male? Tee hee, it’s totally not the same thing! They will hold the dictionary in one hand and stuff cotton wool in their ears with the other while screaming la-la-la I can’t hear you! And then suggest you fuck off, which is always charming.

2. Women are just as, if not more, violent than men.

Fact: men on average are bigger and stronger than women. Fact: women who get in physical fights with men tend to get the shitty end of the stick. Fact: the Violence Against Women Act uses a set of standards to evaluate domestic violence that almost always result in the man being arrested, no matter who started it. All these things can be true and still not foreclose the reality that women are, on average, more violent than men. They overwhelming tend to prefer beating up and even killing children, who can’t fight back, but they don’t really hold back when it comes to beating on men, either. Remember the feminist writers and editors at Jezebel who gleefully recounted beating up their boyfriends? 70% of domestic violence, in which only one person throws a punch is carried out by women. Men allow women to hit them because they know if they fight back, they will be the ones arrested, charged and jailed.

3. There is institutional sexism against men

It is an oft-repeated truism that one cannot be sexist against men, because there are no institutional forces that discriminate against men for no reason other than that they are men, but related to the above, if legal discrimination vis-à-vis domestic violence is not institutional discrimination, what is? Men are far more likely to be charged, convicted, and jailed (at disproportionately longer rates for the exact same offense) than women. If the criminal code and its application are not institutional powers, what is? Schools discriminate against boys (and some girls) by forcing them to take psychotropic medications to participate in female-centric education. The Board of Education is not an institutional power? Men’s healthcare is globally underfunded. The World Health Organization is not a global institutional power? In their relentless quest to pursue the cult of victimhood the edges of the known universe, feminists will deny that men face institutional biases that make sexism not only possible, but inevitable.

4. Most feminists haven’t read any feminist theory and have no idea what they are talking about

As the recipient of an undergraduate degree in Film Theory (women’s studies and cultural Marxism, by stealth), I am extremely well-read in most feminist literature. I have read the older, misandrist feminists like Dworkin and Mackinnon, and of course we were assigned the S.C.U.M. Manifesto to read when we studied Andy Warhol (his films suck, don’t bother). For those unaware, Solanas shot Warhol as feminist statement. I have read modern feminists like Gilligan, Flax and Haraway, and I’ve even waded through the unintelligible gibberish of Butler, Irigaray and Kristeva. In fact, Kristeva was the keynote speaker at my graduation and she nearly caused a medical emergency when the entire cohort lapsed into a coma listening to her “fashionable nonsense”. Kidding, obviously, but damn she was boring and she droned on forever. I have yet to meet a feminist who can coherently discuss any one of those theorists, or the many, many others I slogged my way through. Ask a feminist to debate feminism and you will be told to go fuck yourself.

Michael Buble recently met with a storm of controversy after posting an image of a woman with her ass cheeks hanging out the back of her shorts.

The feminists were very upset at Buble’s “sexual objectification” of the woman. Tweet after tweet asserted a woman’s right to wear whatever she wants without being judged or objectified. Oh really, feminists? Really? And I suppose rocket scientists who wear shirts made for them by their lady friends will be extended the same courtesy?


The hypocrisy of feminists is rarely more evident – bring up the topic of sexual objectification and feminists will turn cartwheels trying to explain why it’s wrong for grown men to admire the fit, tight bodies of young women, but perfectly okay for grown women to openly express sexual desire for underage vampires?

6. Feminists don’t understand what “no means no” means

When women like Shailene Woodley, Kelly Clarkson, Katy Perry or even the Holy Feminist Matriarch Madonna herself says she is not a feminist, feminists react by calling these other women stupid, ignorant, male-attention craving traitors. Because nothing is more likely to convince other people of the merits of your argument than calling them dumb and ill-informed, right? I can’t count the number of people have tagged me on social media with their rapey insistence that I must accept feminism (come on baby, you know you want it). But when challenged to actually discuss the merits of an actual feminist theorist, they invariably run away crying and report me for harassment. It would almost be funny if it were not true. Consent, feminists. Learn what it means.

7. Women are capable, confident and able to defend themselves and no, that’s not “victim-blaming”

Nothing sends feminists into a ragefest quite like a demonstration of women refusing to hold others accountable for their own safety and well-being. Make it clear that you can hunt? Post evidence that you know how to fight? That you’re packing heat? Stay aware of your surroundings at all times and assume responsibility for your own security? You are a victim-blaing rape apologist and feminists will let you know. Everything from the ‘teach men not to rape” campaigns to “don’t be that guy” to “listen and believe” assumes that women are not and cannot be responsible for their own actions, must not be asked to offer evidence for their claims and ultimately, men are responsible for the safety of women. Remember, it’s #HeForShe, not #WeForAll. How empowering. If men are responsible for my actions, should they vote for me, too? Assume responsibility for my financial affairs? My education? Sounds an awful lot like the mythical patriarchy to me….

When feminists create “safe spaces” for adult women replete with Play-doh, coloring books and cookies, I seriously question why any woman would identify as a feminist. Feminists literally treat adult women like three year olds. How does this empower you to make smart choices about your life? How does this embolden you to go after what you want? Play-doh? Really?

If feminists followed the dictionary, they wouldn’t fear #WomenAgainstFeminism and work so desperately to exclude them from the conversation about gender and equality. They would engage in debate and offer evidence for why feminism is better than whatever else is being proposed. But they don’t. They file false reports, claim abuse and harassment where none took place and ultimately, expose the heart of fascist, intolerant, hateful darkness at the core of feminism.

It was a long time ago I wrote something here ...

but I have been sick and is still, so I have mostly lain in bed. I have my pain and it's very difficult to live with. I can't do anything.

The worst thing about pain is that I can't go down to the store and buy food. I have no food at all at home. So I eat apples and pears, they grow on trees here in the garden.

But maybe, just maybe I'll go with my landlady in the morning, when she should shop. Hope I can handle it.

But I have the Neo-boy (dog) on the days anyway. He goes out for himself when he needs. He is so kind and talented. 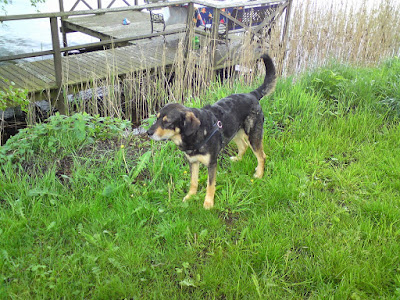 Now I try to surf some pages. Wish me good luck! 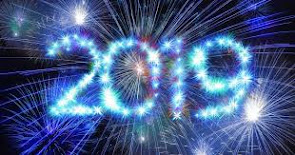 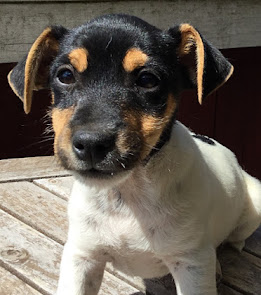